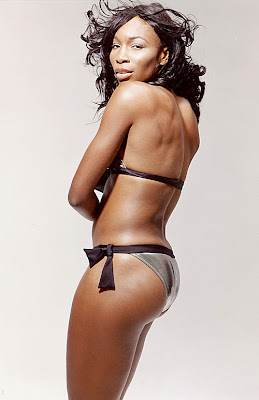 Although it has yet to be confirmed, Bossip made a post about BetterTV host and alleged future womb-warrior for Matthew Knowles’ seed, Alexandra Wright (whose real name is Andra Lowe). I’m sad to say that this post isn’t about their relationship AT ALL though.

It wasn’t until I got to college that I realized just how senseless and petty the female species can be. I saw just why we have allowed our own fear and malicious intent to get in the way of connecting, communicating and growing with each other. It’s shameful. Gossiping about each other, plotting on each others mates and just being plain conniving only scratches the surface.

No race is eliminated from the category although black females lead the pack in this one. With STRONG black female alliances like Black Girls Rock, Essence, WEEN, NABFEME and several others, the unity within industry females is PISS POOR. Is it considered lame now to be a voice of strength to another woman who many not be having a good day? Is it only the mans job to uplift, encourage and compliment the ladies?

Alexandra Wright was extremely out of line for the comments that were made about Venus Williams and the controversy surrounding her wardrobe “malfunctions”. It wasn’t really the fact that she commented on the issue…it was the manner in which she delivered her opinions and HOW MANY TIMES she reiterated it. I’m ignoring the fact that she continuously claims how “nasty” Venus’ behind looked because she honestly sounded envious.

Instead of congratulating the sister her performance at the match, she joined another “envious” woman in making fun of Venus’ shapely curves and protruding backside.

Bloggers, media and critics have been taking hard shots at Venus for her choice of color and style of court wear but Venus politely served this nice rebuttal.

Williams took to Twitter to explain that she, in fact, has on her knickers.

“I am wearing undershorts the same color as my skin, so it gives the slits in my dress the full effect!” she wrote.

Williams, who has her own fashion line, called EleVen, noted: “My dress for the Australian Open has been one of my best designs ever! It’s all about the slits and V neck.”

“Anything I wear on the court probably you can wear 20 years from now,” she boasted. 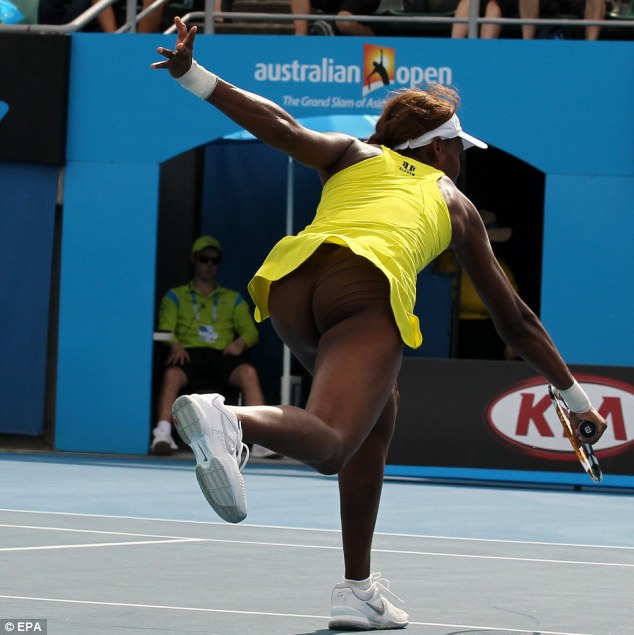 If Venus didn’t have all that donk and a body fit for a queen, no one would be buggin’. *kayne shrugs* I’m just sayin’…